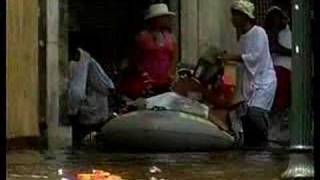 What Truth Got To Do With It?

ARE WE APPROACHING TILT?

Power of the Purse

I coined the term “Purchology” in 2009. The reason this term was coined is to place emphasis on the necessity for middle and lower income people to make purchases of products, goods, services and ideas from the RIGHT organizations.

I may be wrong, but it appears that money is quickly becoming the only vote that counts in our society. If this is true, then it is past time for citizens in the middle and lower income brackets to make certain that their hard earned dollars are not being used to fuel a fire that will inevitably engulf us all.

People with unlimited assets are not required to live in any one country. They can live anywhere in the World, and remotely control every aspect of the lives of middle and lower income citizens globally, if they are allowed to do so. As long as the masses continue to purchase products, goods, services, and even ideas from them, control and power will increase for the wealthy. I may be wrong, but history has shown us that conditions can change quite abruptly by the imbalance of nature.

We have now seen in living color, how some wealthy people, (not all thank God), conspire behind closed doors against the lower classes, and now how candidates are aspiring to the highest office in our land, are spewing words of disrespect toward those that have little armor to protect themselves.

Now that our votes at the ballot boxes are being held hostage to greed and power, choices for us to save ourselves from total demise are becoming very limited. Expediency is very important! All of us must now come together to avoid a catastrophe. Doing the contrary would be utter foolishness!

Purchology - The art of buying goods, services, products, and ideas for financial and other tangible benefits to the buyer.

We must know from whom we purchase our wares. Wealthy people become wealthy by selling stuff to the rest of us, or investing in companies that do so. Some wealthy people are unaware of the fact that wealth is only a means to an end. It is not the end.

We must “just say no” to products goods and services being sold by those who are totally against us all, including other wealthy people, for they know not that they know not. “You will know them by their fruits.”

Purchology teaches us how to embrace advertisers and businesses that understand the laws of reciprocity. Thereby affording us the opportunity to engage in a process that will enable all participants to get a bargain for exchange for their participation, whether it is the business owner, consumer, or wage earner. After all is said and done, we are all one of the same.

Consumers, wage earners, and most small businesses are now barred, or will soon be, barred from participating fully in the wealth generating process. How do we know these things? History! Middle and lower income people are constantly losing wealth, as the super-wealthy increase their wealth. One needs not be a rocket scientist to see what is occurring. In past decades there were few remedies available to stop the bleeding of wealth from the poor to the rich.

Let us face the facts. Has the system been rigged against lower and middle-income people in the past few decades? Wage earners have simply been too busy earning a living to see what has been going on around them. They just could not see the forest for the trees.

I learned the word “TILT” when I was about 12 years old. This word became part of my vocabulary as a result of my love for playing games on pinball machines. To be honest, this was the first time that I even heard this so informative word. It unveiled many truths in my life, however.

A pinball machine can be played many times without interruption. If a user attempts to cheat it by shaking it to force the balls to roll unnatural, then the machine will stop functioning properly. When this attempt to cheat occurs, the game will “TILT,” and the user of the game will lose all points, and sometimes the game will completely shut down until the owner or administrator of the game resets the game. Still, the word “TILT” remains visible even after the game has ended and the power turned off. I learned something from this experience. (Don’t rock the boat).

Our planet has been shaken so much until it is about to reach a “tilt” stage. I am not wise enough to discern what will occur if we go into complete “tilt,” but history has taught me that it will not be a very pleasant thing to behold.

It is important that all of us understand that if we do not rein in some of our very ugly habits, tilt is imminent. Do not read me incorrectly. I am not speaking of ugly habits of only rich people. Rich people are like anyone else. Many rich people have hearts of gold, and I give them much respect. People like Bill Gates and Elon Musk, to name a few, are incredible people. How generous can one be? These guys are! They have provided great things for us all. They cannot do it alone, however. All of us must all pitch in and make the planet Earth a better place.

There are some seriously ugly habits that lurk in the minds of people on all economic levels that affect other people not only here in USA, but also globally. The difference is, rich and wealthy people have the means to quell some of the issues that create ugly habits. Some lower income people are simply products of an imbalanced system.

Check out our newsletter.

Until tomorrow! Many blessings, John